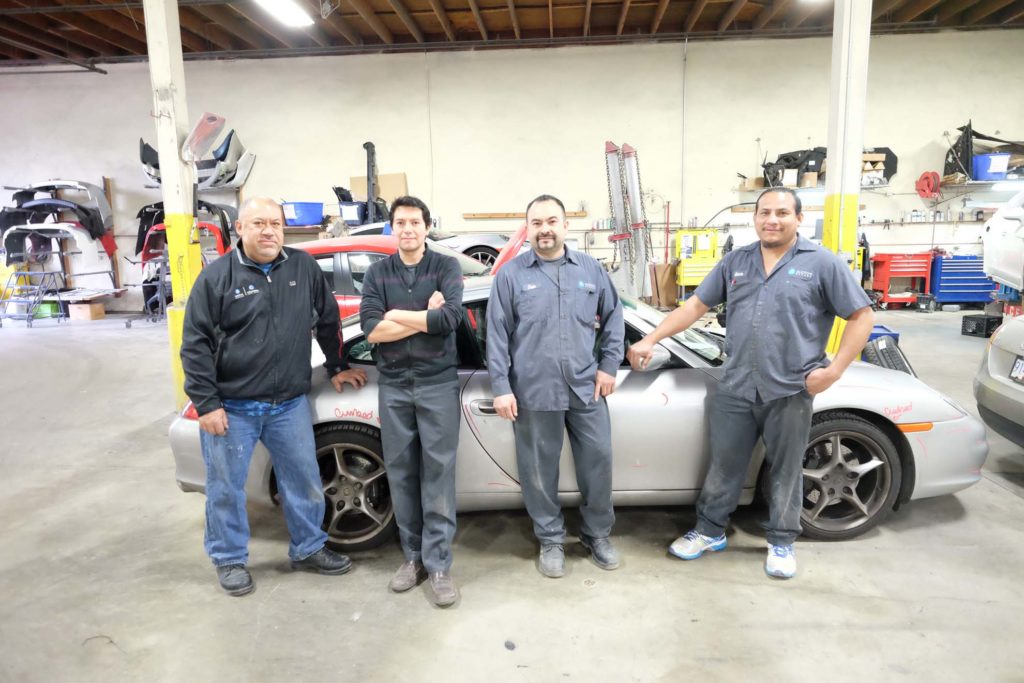 Alioto’s is a family-owned, third generation auto body shop with four locations in San Francisco and the Peninsula.  We provide our customers with a full range of auto body and collision repair solutions, regardless if the accident was minor or major.

At Alioto’s Garage, we want you to be completely satisfied with your experience beyond compare. Our drive and dedication is proudly displayed at every location. We want to provide exemplary service to every customer who walks through our doors.

Founded in 1939 by Frank “Babe” Alioto Sr., the first American-born child of Sicilian immigrants started Alioto’s Garage & Auto Body in Daly City. With business booming, Babe moved the auto body shop to San Francisco’s Marina District in 1946. As the need for a larger facility grew, Babe moved the shop to 15th & Valencia in 1951, to 24th Street in 1955, and finally to its current location at 1835 Folsom Street.

When Babe passed away in 1962, the torch was naturally passed to Frank Jr. In 1994, Frank Jr. built an additional 40,000 square feet to accommodate the increasing demand for quality collision repair in San Francisco. He then built a second expansion in 2007, adding another 18,000 square feet. Frank retired in 2007 and handed the reigns over to his two sons, Matt and Chris Alioto.

In January of 2011, Matt and Chris expanded yet again with the acquisition of a new location now located at 1970 McAllister Street in North Panhandle near USF. In 2013, they added their third location, Tesla Collision Repair San Francisco, at 185 Bayshore Boulevard, and have now opened their newest location in San Mateo at 815 Woodside Way.

Matt and Chris continue to carry on the legacy of a true commitment to servicing the collision repair needs of their San Francisco community.

It’s our promise to deliver safe, complete, and quality repairs in a hassle-free and timely manner. We strive to repair every vehicle to pre-loss condition while providing every customer with an outstanding collision repair experience.

If you have been in an accident recently, give a trusted San Francisco area business a call or fill out our contact form. One of our friendly team members will contact you and set up an appointment to get you an estimate on your repair. 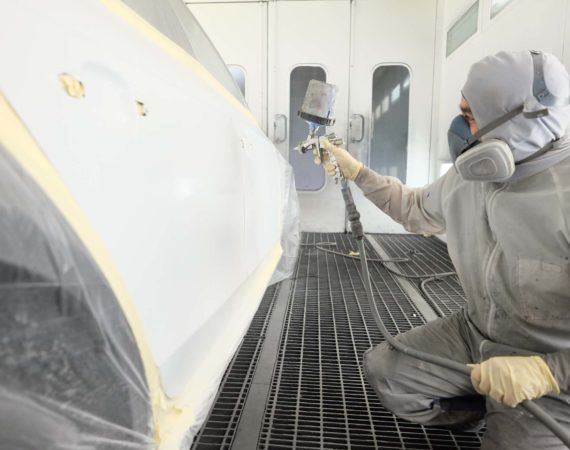 What you need to know about collision repair:

Your Car. Your Choice.

Even if you are using your insurance for your auto body repair, you can still choose which shop you want to do the work. Be sure to choose a certified collision repair shop, like Alioto's, to get the job done right the first time.

Is your shop certified? Do they follow OEM procedures?

There is no law that states a shop or technician has to be certified in order to perform collision repair. The fact is, anyone could technically work on your car, but would you want just anybody? Be sure to check if your shop follows the manufacturer repair guidelines (OEM procedures) and is up-to-date on their training and certifications to ensure the most correct and safe repair.

How do you know you will get the safest repair?

Conduct research and ask your shop the right questions. Do they provide the cheapest estimate because it's missing required procedures or calibrations? At Alioto's, we research OE repair procedures on every car. Read our Repair Facts to know what to look for.

Ready to get started?

Click below to schedule an estimate or get answers to your collision repair questions: